Over the years, a large majority of renewable developers have started as small companies that develop and sell assets as they learn the business. These assets may be wind, solar, storage, renewable natural gas, biomass, geothermal assets, etc.

As these developers grow, they often decide to go from a “develop and sell (flip)” shop to a “develop and hold” shop to resemble an independent power producer (IPP). In doing so, most developers believe that this is the way for them to create the highest value for themselves, and in most cases, this has been true.

Typically, when developers start looking to their advisors for their views on valuation, they may receive a myriad of figures – both high and low. When running a sales process, we will often see an even wider spread of valuations from investors. At the end of the day, the potential wide spread amongst initial offers is less important to the outcome as authentic competitive tension will drive value higher during the course of a well-run process. The primary key to a successful sale is running an efficient and organized process with a valuation that is reasonable and supportable. Ultimately, the structure of the capital raise or sale will put the valuation risk on the seller or the buyer/investor, or sometimes both.

Although I could provide a lot more information on running an efficient process and how that works, I believe that most developers would be more interested in understanding how investors will approach valuation of their companies. So, let’s discuss that.

Valuation of Develop and Flip Developers

Most renewable developers fall into one of two categories as discussed above – “develop and flip” (hereinafter referred to as “DF”) or “develop and hold” (“IPP”). For DFs, the analysis is fairly simplistic. Typically, DFs will be valued upon their EBITDA and a multiple thereof. For example, if I develop and sell assets on an annual basis and make $10MM, then investors may value my business at anywhere from a 5x to a 10x multiple – or $50MM to $100MM. Naturally, there are other factors at play here, some of which are detailed below:

2.  Does the developer have a pipeline to support the future EBITDA at the current rate or the
suggested growth rate;

3.  What is the historical success rate of the developer in transforming pipeline deals to
actual projects;

4.  Does the developer have any operating assets that investors can value;

5.  Does the developer have any ancillary businesses that add value to the platform;

6.  What will an investor add to the platform that can create greater value; and/or

7.  Is the developer in a growth sector?

Much of the issues concerning valuation can often be resolved through the structure of the deal – e.g., using earnouts to give the developer greater upside if they can perform in the future – but the basic valuation is always the same.

If you’re an investor in the sector, then your viewpoint will typically be the reverse of the developer. As an investor, you want to calculate your return based upon the total amount of capital you will pay for the developer as well as any future capital injections to be made. Investors are looking for an IRR as well as an MOIC (multiple on invested capital) and need to justify their purchase on their ability to achieve such metrics. For a DF developer, investors will typically look at selling the company in 5-7 years and will put a terminal value on the company at that point using the same metrics as the developer would (i.e., EBITDA multiple plus ancillary factors).

Naturally, valuing an IPP is more complicated. Most IPPs – except for the established ones – do not have an EBITDA from which to calculate value. Instead, IPPs have operating assets and pipelines. They may also have some of the ancillary businesses or factors described above as well that will add value.

In valuing an IPP, most investment bankers will value the operating assets and then take a view on the pipeline often using a weighted probability analysis to value them. Again, for investors the view is the opposite – Can I put X amount of capital into the assets and the company while meeting my return hurdles (which are typically lower for an IPP investment) over time.

Some investors will often ascribe value to the “platform”, meaning that developers can get value above and beyond their assets and pipeline. These investors are betting on growth and the team. What is unknown to many developers at the early to mid-IPP stage is that investors are typically willing to pay a greater amount if the IPP has operating assets – and the more the better. Operating assets represent steady cash flow and will protect investors on the downside, which often results in investors being able to justify a higher pricing for the developer (and a lower cost of capital) for the acquisition. We have seen this in practice many times over the years.

In the current market, we are often seeing numbers exceeding $1bn being paid for platforms, but do not be fooled by these figures. More often than not, the sticker price on a deal does not tell the whole story and most of these deals include large earnout payments for future conversion of the pipeline or hitting return hurdles or through some other structural mechanics where the development teams are paid in the future. These payments also create alignment between the investor and the development team that will have to stay on and perform.

In conclusion, the valuation of renewable developers is complicated, and despite hundreds of precedents, there’s no shoe that fits all sizes. Developers need to understand how investors will value them – especially as they decide whether to build out their companies into a DF or IPP model. As we run many of these processes, we often find that working with an open financial model between investors and the seller provides the ultimate clarity that is needed to close a deal – and without that – most sellers will be shooting in the dark.

The final word on valuation can only be determined by running a full and determined sales process. 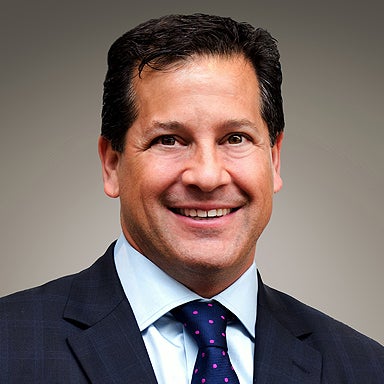